The Understanding Test Scores for Children’s in Spacial Education 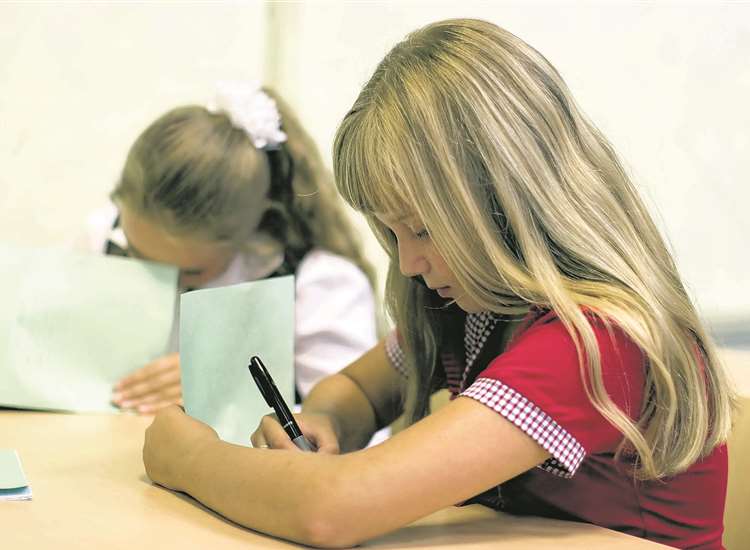 Why administer special tests to measure factors the teacher already understands about my child?

One source of information is never sufficient for understanding a child’s performance. Test scores provide additional information to support what the classroom teacher is finding in school. The more information available the more likely it is that relevant services and supports can be implemented to facilitate your child’s academic success.
Test scores provide helpful information for problem solving and decision-making.

What do all the different scores mean?

Raw Scores report the number of items answered correctly on a given test or sub test.

Because of differences in tests (number of total items, types of scoring procedures, frequency of use, etc.), it is difficult to compare raw scores from one test to another.

Each of these tests measures a different skill and requires the performance of an entirely different set of tasks. Comparing the scores 10 and 62 tells us very little unless we have additional information (like the total number of items or the types of problems on each test), especially if the content on each test was very different.

For example, it would be difficult to compare the scores because the raw score tells us so little. Perhaps the score of 62 on the timed test was for your 2nd grader on all the basic multiplication facts in the 7, 8, and 9, and the score of 10 was on basic addition facts in the 1 and 2. Though your child scores 62 on the timed test, it would be a great score for most 2nd graders!

Generally, in an individual special education assessment, many tests are administered. An entire group of tests over many subject areas is called a test battery while one specific test measuring a snapshot of a larger content area is called a sub test.

For example, a series of tests may be administered to determine a child’s performance in reading.

Individual tests within the battery measure specific aspects of reading like

Standard scores for the individual tests (sub tests) are called “scaled scores.” Scaled scores are reported as an indicator of a student’s performance in a specific area measured by the sub test. An average range for scaled scores is generally from 8 to 12.

Using the raw score example above, if your child’s test scores were part of a battery and were converted to scaled scores, you would be able to meaningfully compare the two. If the child’s score on the multiplication test was 9 and his score on the addition test was 10, you would know that he performed within an average range on both tests! You would also know that he compared favorably with others of his same age and grade level.

Percentile Ranks indicate the rank order of the scores for a given test.

A percentile rank of 60 indicates that the test taker scored as well or better than 60% of the others who took the test, or that 40% of the test takers scored less well.

Remember, percentile ranks are not the same as percentages! A percentage indicates how many of the items were answered correctly when the raw score is divided by the total number of items on the test.

A percentile rank is the position of your child’s score when the scores of all test takers are ranked from highest to lowest.

Percentile ranks for the common special education assessments are based on the standard and scaled scores of those in the norm sample. The average percentile rank is 50 and an average rank is between the 25th and 75th percentiles.

The norm sample consists of all of the test takers who took the test for the publisher during test development.

Your child’s scores are compared to the scores of those individuals only. Many times parents misunderstand this comparison. It is not a comparison to others of the same age today, or to the others in his class, but to the group of individuals who took the test when the test was being developed.

However, because the scores are standardized, they may be compared to the scores of the other test takers on the same test (such as to the others in your child’s class, or to his siblings when they were in his grade), or to scores on other tests to see how well his performance in one academic area compares to another.

Use the following table to look up your child’s score and see where it in common standardized assessments used for special education.

The Reading Assessment and Treatment for Children’s in Spacial Education

In Special Education Assessment for Learning

The Reading Assessment and Treatment for Children’s in Spacial Education